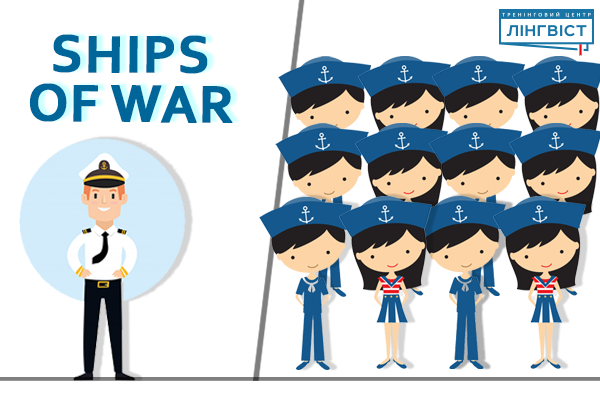 How to remember the learnt words? Reviewing them regularly! The game Ships of War will turn the boring revision into an exciting learning experience.

Explain that the students are going to play a game of warships. And brainstorm the names of famous ships with the class, e.g. the Titanic, the Argo, the Barracuda, the Black Pearl, etc. Use this stage to remember the use of ‘the’ with the names of ships.

Divide the class into teams of four or five. Ask each team to choose:

The captain’s job is to memorize the ship’s name.

The shooter’s job is to memorize the names of the other ships.

The remaining students in each team are the ship’s crew.

Arrange all the captains in a circle. The ship’s crew lines up behind their captain. The shooter is the last crew member in each line.

Start the game by calling a ship’s name.

The captain of that ship replies with a word from the category.

The crewman behind the captain then says another word from the category and so on down the line until it is the shooter’s turn.

The shooter then calls out the name of another ship.

The captain of that ship replies with a word from the category and the process is repeated.

The ship is sunk in such cases:

The crew from the sunk ship joins the crew of the ship that went before them.

When a ship has been sunk, change the category.